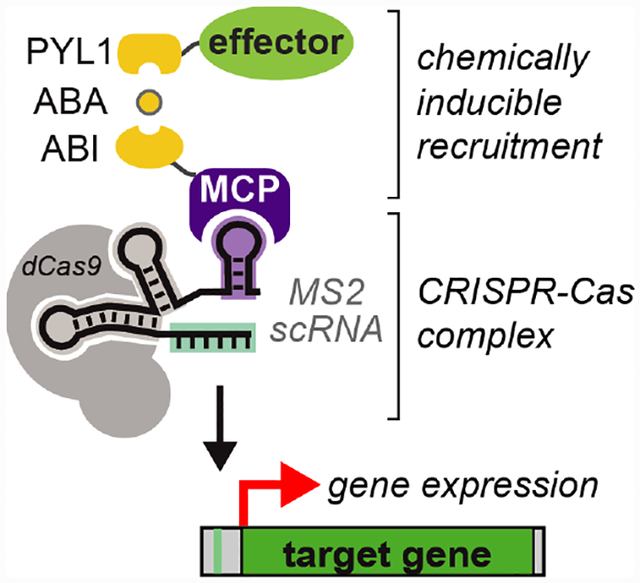 We use reporter gene assays to systematically map the dose dependence, time dependence, and reversibility of the system. Because the recruitment operate is encoded on the stage of the information RNA, it’s easy to focus on a number of genes and independently regulate expression dynamics at particular person targets.

This method supplies a brand new methodology to engineer refined, multigene packages with exact management over the dynamics of gene expression.

Among the assorted molecular scissors which were developed thus far, essentially the most versatile and easy-to-use household of nucleases derives from CRISPR-Cas, which exists naturally as an adaptive immune system in micro organism.

Recent advances in the CRISPR-Cas know-how have expanded our skill to control advanced genomes for myriad biomedical and biotechnological purposes. Some of these purposes are time-sensitive or demand excessive spatial precision.

Here, we describe the use of an inducible CRISPR-Cas9 system, termed iCas, which we’ve got developed to allow speedy and tight management of genome enhancing in mammalian cells.

The iCas system could be switched on or off as desired by the introduction or removing of the small molecule tamoxifen or its associated analogs corresponding to 4-hydroxytamoxifen (4-HT).

We have developed a novel method for bettering specificity by incorporating chemical modifications in information RNAs (gRNAs) at particular websites in their DNA recognition sequence (‘information sequence’) and systematically evaluating their on-target and off-target actions in biochemical DNA cleavage assays and cell-based assays.

Our outcomes present {that a} chemical modification (2′-O-methyl-3′-phosphonoacetate, or ‘MP’) integrated at choose websites in the ribose-phosphate spine of gRNAs can dramatically cut back off-target cleavage actions whereas sustaining excessive on-target efficiency, as demonstrated in clinically related genes.

These findings reveal a singular methodology for enhancing specificity by chemically modifying the information sequence in gRNAs.

Our method introduces a flexible instrument for augmenting the efficiency of CRISPR methods for analysis, industrial and therapeutic purposes.

This may be a good place to introduce yourself and your site or include some credits.